The Amitsoq Graphite Project is located in the Nanortalik region of southern Greenland and is one of the highest-grade graphite deposits in the world, with a total inferred, indicated and measured JORC Resource of 23.05 million tonnes at an average grade of 20.41% Graphitic Carbon, giving a total graphite content of 4.71 Mt. The Resource contains a lower graphite layer that has a JORC resource of 16.88Mt at a grade of 21.51% with 3.634Mt of contained graphite. The 2023 Mineral Resource Estimate increased almost three times the tonnage from the 2022 Maiden Resource Estimate, with the contained graphite increasing by 3.08 Mt from the 2022 MRE, an increase of ca. 180%; cementing Amitsoq’s position as one of the very highest-grade graphite deposits globally. For context, deposits with compliant resources above 20% contained graphite grade are scarce, with the average global grade of graphite resources being just 8.45% according to S&P Global.

GreenRoc is focused on fast-tracking the development of the asset to create a new, responsibly mined source of high-quality graphite that can support the rapidly growing EV battery market, where there is critical supply demand.

Successive field seasons have confirmed the presence of two priority target zones: the Amitsoq Island Deposit to the north, which is the site of a former graphite mine and where the current project resource has been defined, and the yet undrilled mainland Kalaaq Deposit to the south, where grades of 17.4 to 33.1% graphite have been returned.

Historic graphite occurrences have also been confirmed in four new zones of interest, broadly forming a north-south tract some 30km long.  The four zones comprise Nanortalik Island, Tusardluarnaq North and Thomsen’s Island, which sit within the southern portion of the licence, and Amitsoq Valley Bed, which lies ~7km NE of the established Amitsoq Island deposit.

On Nanortalik Island, graphitic grades of 23.4% C(g) to 32.5% C(g) have been reported from eight samples over a strike length of ~800m and the graphite bodies remain open along strike to the north and south. At Amitsoq Valley Bed, a new 1km long zone of graphite-bearing rocks with values up to 24.9% C(g) has been identified.

One third of the contained graphite in the 2023 MRE now falls within the higher Measured and Indicated categories, an important validation of Amitsoq’s fundamentals.

Commercialisation and the EV market

It is notable that test work found that only four flotation cleaning stages were required to reach a primary concentrate product of at least 96.5% graphite. This is very positive as it suggests that our future processing plant in Greenland will be able to run with a reduced number of cleaning stages compared to what had previously been assumed. This will shorten processing time, conserve energy and reduce the costs of production.

GreenRoc is focused on rapidly advancing Amitsoq to development status to become an important supplier of raw materials to the EV industry, with the Project strategically located to support both North American and European markets.

Based on the quality of graphite grade and thickness of deposit, coupled with the resource’s simple architecture, mine planning and the mining operations at Amitsoq are expected to be relatively simple and straightforward from a mining-technical viewpoint, with a minimum of waste rock produced. These are important factors for the construction and operation phases but also in relation to the cost implications of building a mine at Amitsoq, as energy costs could be greatly reduced.

GreenRoc has a defined strategy in place to advance Amitsoq to development status.  This includes the appointment of a number of key consultants to progress critical work studies, such as completing an Environmental Impact Assessment and a Social Impact Assessment so that formal applications for exploitation licences can be submitted to the Greenland Government.

Test work is also being undertaken to help refine the best mining methods and processing techniques whilst also developing and characterising saleable products for the EV battery market. 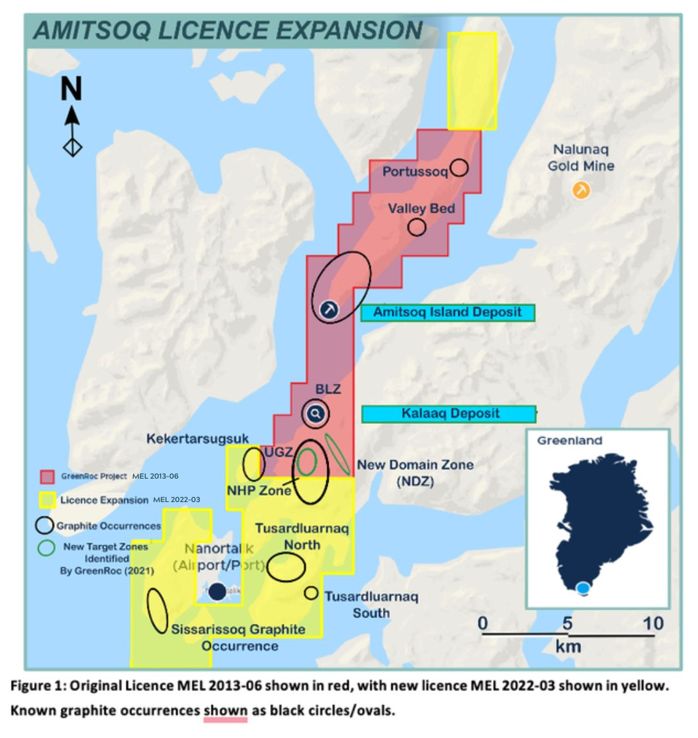 Graphite is a naturally occurring form of crystalline carbon, found in metamorphic and igneous rocks. Graphite is extremely resistant to heat and nearly inert in contact with almost any other material. The most stable form of carbon under standard conditions, it converts to diamonds under high pressures and temperatures. 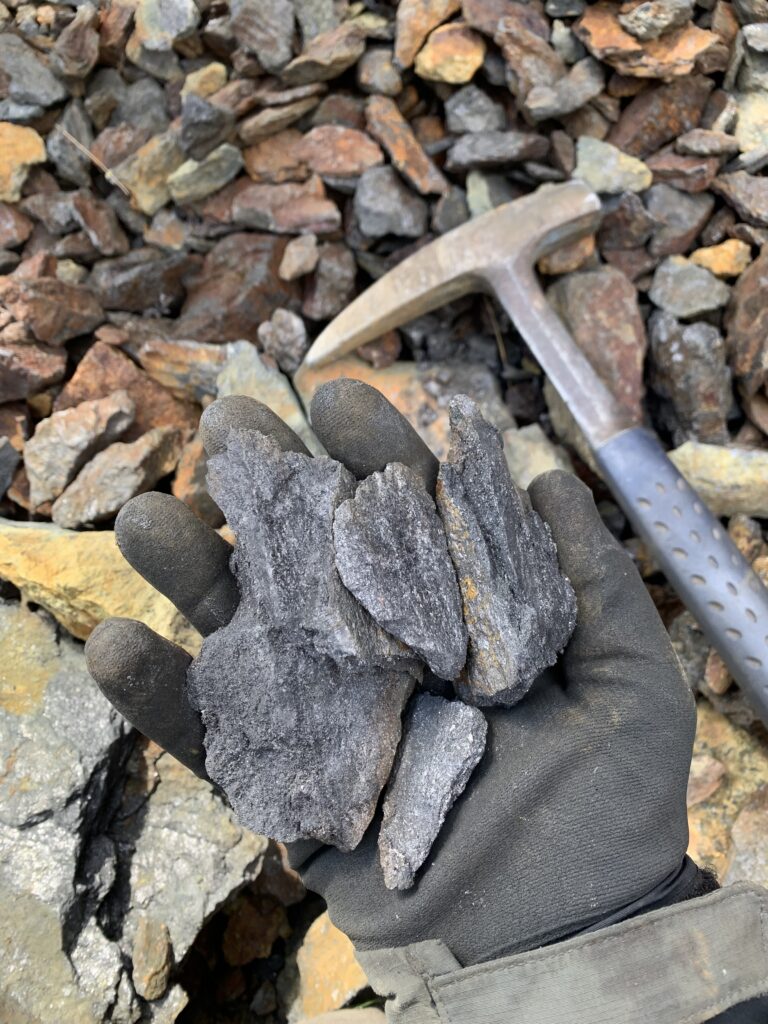 Graphite is a good conductor of heat and electricity, which makes sought after for electronic products such as electrodes, batteries and solar panels.

Traditionally used in the manufacture of steel, refractories, brake linings and other automotive products, the largest growth area for graphite is associated with lithium-ion batteries (LIBs) for electric vehicles. According to Industrial Minerals, graphite, which is used as the anode material in a LIB, is the second-largest input material required in LIBs by volume.